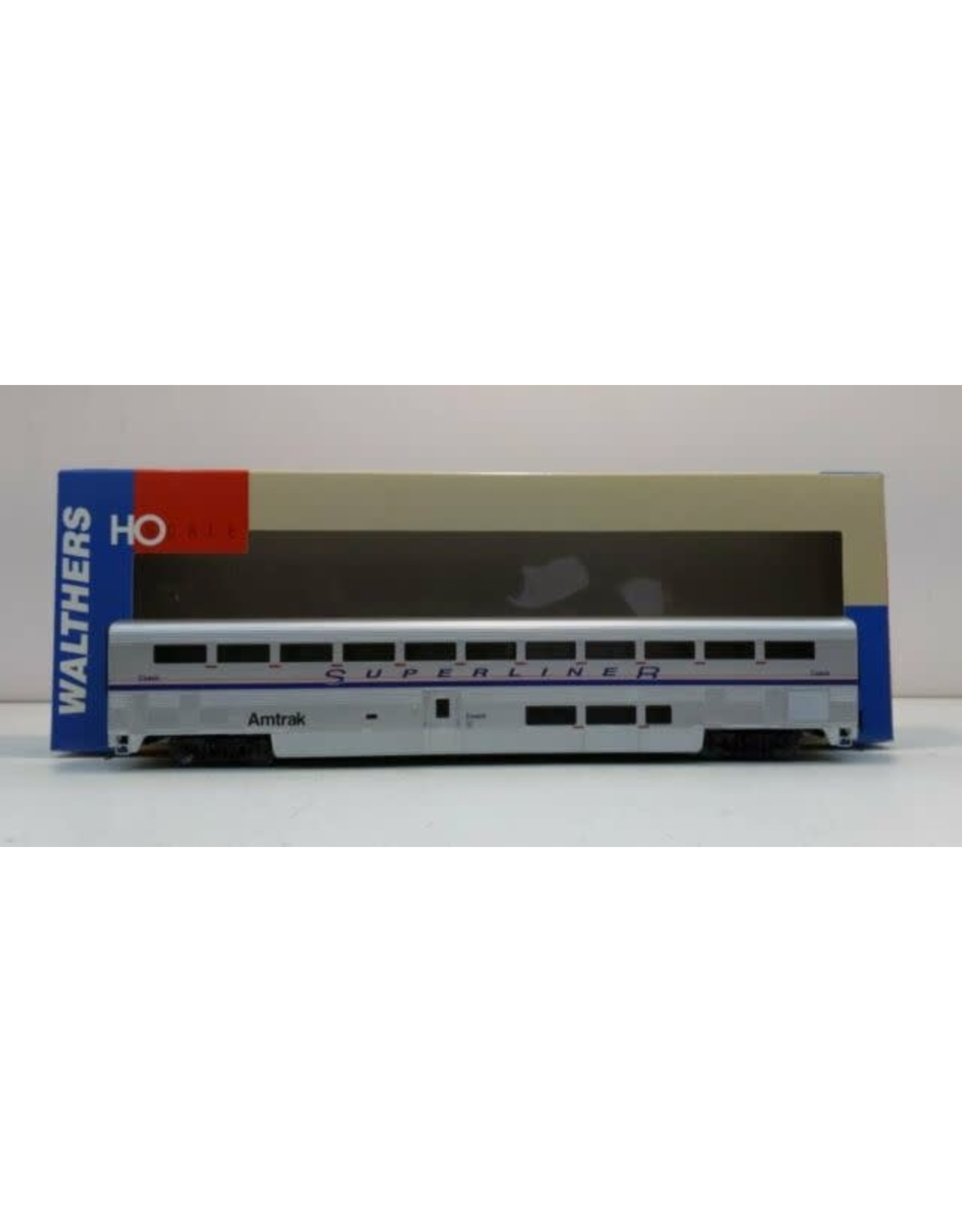 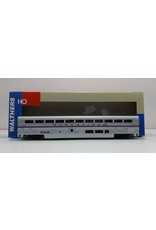 Entering service in 1979, Amtrak's bi-level Superliner cars represented a major step forward for the company. The all-new design (built by Pullman-Standard) used a common car body which could be outfitted as a coach-baggage car for short-distance runs, a long-distance coach with larger seats, as well as a sleeper and a diner. In all, 284 cars eventually made up the first fleet, which was put to work on western long-distance runs. (At the time, clearance problems in many eastern states prevented running these taller cars on several routes.)

Prototype Spotting Features include: A rivet strip running the length of the car body Two-Panel roof construction Earlier Style Trucks - As delivered, cars rode on trucks supported by air bags, which proved unsuitable and were retrofitted with springs. Walthers Superliner I has the later style (sprung) trucks.

PLEASE NOTE: As these cars are the correct prototype length and feature full underbody detail to match the prototypes, a minimum 24" radius is recommended for operation.

Add your review
0 stars based on 0 reviews